An accounting of my first visit San Quentin to speak with a community of prisoners who are working on personal transformation.

Unexpected thing #1:  At San Quentin state prison, men with life eligible sentences play doubles tennis on the yard.  Unexpected thing #2: These men (who have at some point killed another person) and I?  We are more alike than I previously ever imagined.  Unexpected thing #3: They are engaged in a year long program to become non-violent persons and peacemakers, and have taken a student peacekeeper pledge that many people ‘on the outside’ can partake in.

Jacques Verduin, a handsome Dutch Buddhist with a full mop of salt and pepper hair, coordinates a program at the Prison called Insight.  Insight educates prisoners toward self-awareness and away from violence.  And it works.  There’s a zero recidivism rate when prisoners are released after completing this program.

Jacques invited me to come to San Quentin, to his victim-offender communication class, to talk to the men about what it was like for me as a child to lose my mother to murder, the long shadow of violence, and about my own anger work.   I was intrigued that Jacques was having an impact with this work.  In my pursuit of living in unconditional love, not turning away from anyone, meeting people who had murdered and were working through that in their own lives, seemed to be another milestone, and I was very curious.

For those who have never been to San Francisco, San Quentin is perched on the shoreline of SF bay,  in super luxe Marin county- at the foot of the Richmond Bridge, with a gorgeous waterfront and moist ocean air,  a view of Mt. Tamalpais in the distance.  The prison was built in 1855, and has the look of a castle or rookery; it’s a real spooky style old prison, with gothic arched windows.  There’s a post office and a hobby shop, where prisoners sell what they have made.  And the whole place, other then the building blocks themselves, is ramshackle as all hell.   Every process is paper based: you sign in and out on clipboards.  Paper laminate ids peel at the corners, signs are washed out, there is dirt in the corners, mismatched furniture, cracked cement, chain link fences leaning every which way.

And, it’s busy.  People of all stripes- medical personnel, priests, guards, volunteers, employees go in and out like a turnstile on the subway.

I sign in at the gate, they take my id and hold it.  I sign in again at the main entrance to the building.  We go through a double holding space- where the floor to ceiling metal grate closes behind you, and then once that is closed, another opens to let you into the prison.

In the prison yard

Once inside, there is the gesture toward landscaping, and on this stunning bluesky late fall day garden flowers in primary colors shout against the neutral cement backdrop.  There is a hospital. Jacques tells me it was an executive order from California’s governor, because people were dying in prison.

There are signs on buildings, painted lines on sidewalks all saying “out of bounds” to clearly indicate where a prisoner can and can’t go.   Jacques & I cross to go into the yard, to the education building.  I stick close by him.  As we approach another guard shack, he yells at me- who are you? Jacques intervenes, and we’re told that there’s a new policy,  you have to go around, the long way, use the ramp, and we are shoo’d in the other direction. So we go around.  The guard says he can’t protect us in the stairwell.

I don’t know what I was expecting, but here’s what I wasn’t expecting: doubles tennis in full swing.  Half court basketball in full swing.  And in the education building where our class will be?  The classrooms have those little alphabet strips- the  1st grade writing charts- you know the double lines with the dash, the arrows showing which way to make a letter, teaching grown men how to write in cursive.  Some are literally just learning to read and write. And there’s a shelf of A History of The United States, the same textbook our kids used in 8th grade.

I was told no jeans, no blue shirts, no neon.  Now I know why:  the men are all in blue jeans or blue shirts or blue prison issue pants that look like hospital gear.  The prisoners being transported are in Neon jumpsuits.  The guys in the yard are wearing whites, I guess those are gym shorts.  I’m not afraid, just self conscious.  We sign in yet again, and go to set up the classroom, moving tables away and circling up the chairs.

What Kind of a Prison?

The men come in.  They are all kinds of diverse: R (a 7 ft ginger with a red beard, maybe a size 14 shoe), T  (Filipino, he hardly speaks), R2 (lanky & 6’4 at least, with a big blue long distance stare), R3 (charismatic, wiry, native American), M (a baby faced black man with glasses), R4 (Asian, middle aged, he keeps falling asleep), F (a young Mexican man with small hands, very compact). Then me.  Then Jacques.

Jacques leaves the room, and I try some small talk.  I’m centered.  “It’s the first time I’ve been in a prison,” I say.  To which R2 replies,”What kind of prison?  There are all kinds- like the one in your head.”  And R3 chimes in, “Or an abusive relationship, that’s a prison …..or a financial prison.” So, this is how it’s gonna be- no small talk.  Right to the big stuff.  It’s on.

The Imprint of Violence and Neglect

Jacques asked me to tell the story of what happened to me, or rather what happened to my mother.  I’m glossing over it here, but essentially I told them that my mother’s body was found in a field off the interstate, near Zionsville, IN, that she was identified by her dental records.  That her killer was never found.  That suddenly the source of warmth and comfort and assurance of a 10 year old girl was ripped away, and that it changed everything for me, in an instant.  That there isn’t a day that goes by that some shadow of that shows up.  Etcetera, etcetera. He asked for reactions to my story.  One man was choked up a little, and he said, “the man I killed had a baby son.  That boy will never know his father and this story reminds me of that.”

And now it was my turn.  How, I asked, can you kill a person?  What goes through your head?  How could you take this life?  How could someone have looked at my beautiful vibrant mother and thought that they would just end her life, not wondering who else it would impact?

There was a long pause, and then one by one, they told their stories on how they ended up killing someone, with pretty strong self awareness and clarity.

The theme was this:  these men as children knew nothing of what it means to be loved and held and safe.  In fact, from almost birth, they know nothing but drugs and violence.  It’s like a how not to raise a human primer- abusive foster care,  8 year olds running interference on drug deals and domestic discord, the sense of being isolated, of being judged, of being on their own- building walls and defenses daily that don’t include the world view “love and serve each other”.  And the physical abuse they received was their own school on how to treat others.

So at 17 or 18 or 19 or 20, they end up in some scenario where they choose to take a life- out of revenge or anger or vigilante justice.  And then they are in San Quentin for 20 or 30 years.  The men in this room were using part of that time to try to figure out how to change.

The Longing for Love and Acceptance

The other thread was this: they often did what they did out of a misplaced longing for love and acceptance.  One man even said as much.  It mattered more to him, on the streets at 17, in that moment to be accepted by the other 2 boys he was with- to be one of the gang and go along with that- in a scheme of getting back at a neighborhood perpetrator who had wronged some of the girls the boys went to school with- than the other man’s life.  His entire turning away from the family that abused him and turning toward the street for a new family, that was all from the seeking for love, the love he couldn’t rightfully get from his mother.

The False Promise of a Virtual Family

But the gang, street, made up community never satisfies.  In the end, it is the reconciliation and forgiveness with the family of origin, the reunification and integration of this core identity, that is required for full healing.

In a chosen family (a circle of friends, or team,  or church, or place work, etc), you may experience the sense of community and shared values and love that comes in healthy families, but in any separation there is never the fullness of  accepting one’s source, the part of oneself that has been denied or run from.  Much of the work the men are doing involves healing and coming to terms with the people who harmed them- some internal reconciliation.  It doesn’t have to be in person if its not safe, but it does have to be done- accepting and repatterning that which was run from.

As I left, the men showed me the pledge they were making- a year of living in awareness and learning skills to change the way lived in the world, with a long list of tenets they intended to follow.   They wondered, would I sign the pledge, too?

GRIP (Guiding Rage Into Power): Student’s Pledge on being Nonviolent and being a Peacemaker (copyright Jacques Verduin)

Taking this pledge is about transforming my violence and healing my rage, starting with me, here and now, in this correctional facility.  I make this pledge as a student and if I graduate from the GRIP Program in 12 months, I will have gained the skills to turn this pledge into a life-long commitment in the presence of my community.

I commit to this program as if life depends on it, because I understand that it does.

If you think you can sign the pledge, with all integrity, and make a commitment to living like this in your own life, print it out, sign it and send a copy, maybe with a letter as why you’re interested in working on these intentions.  You may also send a picture of yourself.  Your pledge and correspondance will be a support to them and to you.   A workbook version of the curriculum will be available in 2012.

Send your pledge, and if you’d like to make a donation in any amount to PO BOX 888, Woodacre, CA, 94973 to Jacques Verduin.   Insight Out is a fiscally sponsored 501c3, so make checks to Peace Development Fund with Insight Out on the memo line.

Do you want to connect with Christine for more inspiration, stories, poems and joy? Sign up for Christine's periodic newsletter for insights into spirituality, ecology, philosophy, sexuality, deep wellness & more.

PrevPreviousGetting Beyond Anger to a Love Filled Life: May the Person Who Needs It Find This Account
NextHow to Trust: Taking Steps to FreedomNext

More in the Journal 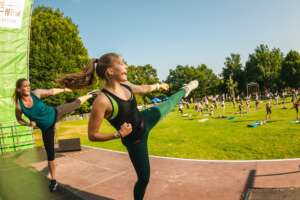 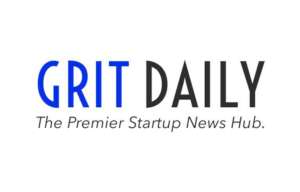 Your Body, This Earth: A Savasana Meditation 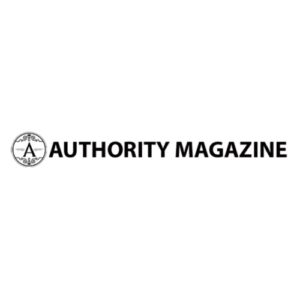